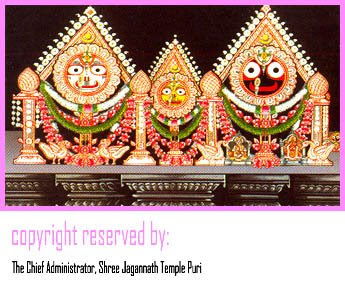 Padma Besha is one of the important costumes [Besha] that are performed all through the year. Lord Jagannath who is dressed in this besha or any besha is the symbolization of Love, eternity devoted to the spiritual aspect. As Lord Jaggnnath is the all in one figure, everyone views his beloved worshiper within him. In his eyes no one is big or small, rich or poor, saint or devil, everyone is equal. Any person or devotee who presents him anything with love, He excepts them with great pleasure. This besha has some love or affection towards his dearest devotee. 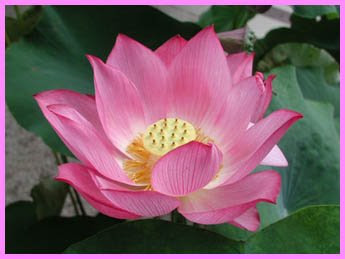 Padma Besha is performed in Magha and Basanta Panchami, on any Saturday or wednessday between the reappears of the new moon day. In winter season lotus disappear from the tanks and Pond , But during this time it reappears. In Indian culture Lotus is the symbol of health and wealth and it is also the National symbol. Lotus is the favorite flower of Goddess Laxmi, who is the supreme Lord of health and wealth The costumes is offered by the Badachata Matha, which is made of ‘ Solo ‘ lace and designed paper. Khir ( Pudding) is offred to the three deities, when Padma Besha is performed.

There is a very great historical legend behind this Besha. The younger brother of last Ganga King was Mitrabhanu, who was very famous as the devotee of Lord Jagannath. After a long period of meditation in Mahindra Hill, he was returning to visit Lord Jagannath.

On his way he came across to a pond where lotus flower are grown. It attract him to plucked them and decide to offer Lord Jagannath. He carried those flowers to Sri Khetra and handed over to the servitor [Sebaka ] with love and adoration for the deities. As he came by walked it took long period to reach out Srikhetra – Puri. In the mean time the flowers turned to black, So the servitor [ Sebaka ] of lord Jagannath refused to offer those flowers as they have turned black. 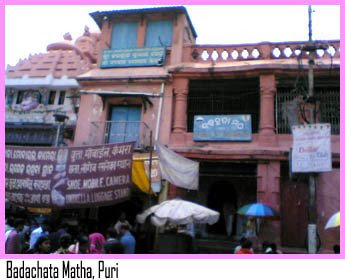 When Mitrabhanu Das heard those words he felt that all his dreams have been faded out, He felt sorrow and sad for not accepting his flowers for decoration of lord jagannath. Be seeing Lord Jagannath put his mercy eyes on those flowers. The dried flowers turned to fresh flowers with a sweet fragrance. The servitor [ Sebaka ] who have seen those dried flowers before, has astonished by visualising this miracle.

When lord Jagannath, Balavadra and Subhadra were dressed in this besha they appear as a heavenly beauty in the eyes of the devotee.
Email ThisBlogThis!Share to TwitterShare to FacebookShare to Pinterest
Newer Post Older Post Home